Green buildings have really been around since the 1990s, and it’s really a way of mitigating against the environmental impact that our buildings have.

So collectively, our buildings use massive amounts of resources, particularly energy. And so green buildings, unlike your conventional building, will use less energy to light a space, use less energy to heat and cool, make the occupants of the building comfortable. It’ll also use less embodied energy in the materials selected.

Green buildings will tend to be placed in locations that will use less direct resources as well, so people coming to the site of a green building will have options of taking a train or taking a bus, versus just having the option of the private automobile.

One general belief is that green buildings cost more than a conventional building. And myself and a master’s student of mine, Rochelle Aide, looked into that here in New Zealand. We investigated the actual cost of 17 office buildings in New Zealand, and we were expecting to measure that cost premium, and we figured that it would be there—that’s what the popular belief is—and we found that there is no systematic cost premiums.

Some of the green buildings we looked at cost less than the benchmark we used, some cost more; it was really all over the map, which you would expect in commercial construction costs. They’re very variable, because every single building is unique.

The benefit of green buildings covers a lot of different players involved. So if you look first at the broadest scale—society, obviously—green buildings are using less resources, particularly energy. A lot of the energy that’s fed into our buildings come [sic] from fossil fuels, which causes climate change, pollutes the air and whatnot. So the society benefits.

So there’s a fear among, say, property trusts that they may lose tenants, their occupancy rates may reduce over time, as new green building stock comes into the market and their tenants begin to flee to this other new stock.

In terms of the benefits to tenants, they tend to get lower operating expenses, so less electricity costs, for example;  lower water bills in a green building. There’s also a benefit in terms of corporate social responsibility. So a lot of businesses latch on to environmental awareness as something they’re proud of, and by renting or owning a green building, that ticks that box for them.

We did do some research in the Sydney [Australia] CBD market with a Ph.D. student of mine, and it’s similar to the cost research we did, where we were expecting to find those rent premiums that a lot of other research has found, namely in the U.S. and some in Europe.

But as we discovered, there really wasn’t any premium for green buildings within Sydney CBD, and if you think about it, there is some sense to that, because the amount of operating expense savings that a tenant would have is really minuscule compared to the overall business expenses of running a service organization—whether you’re a finance company, whatever you are.

The OPEC’s cost is roughly 1 percent. So for tenants to shift around, move spaces, purely for the OPEC [Organisation of the Petroleum Exporting Countries] savings, it doesn’t make a whole lot of sense. The thing that really drives tenants and gravitates them to green buildings happens to be productivity gains.

So green buildings are well-known for having very nice spaces, interior spaces. They’re day-lit, they have a lot of natural ventilation, they’re spaces where tenants and users of the space want to be. So that goes into that less churn that I spoke about earlier, that’s why tenancies renew. People who are employees with these organizations, these tenants, they want to be in that space.

A grand example of green buildings that have superior indoor quality is the ASB North Wharf, recently opened here in Auckland. And if you’ve never been in that space, I’d highly recommend that you go for a visit, because it’s just an extraordinary interior. They’ve put in not only green building systems, but a lot of the basic interior fit-out is really amazing space to work in, and they’re going to have no difficulty retaining staff in a space like that.

Christchurch: A “blank slate” for greening 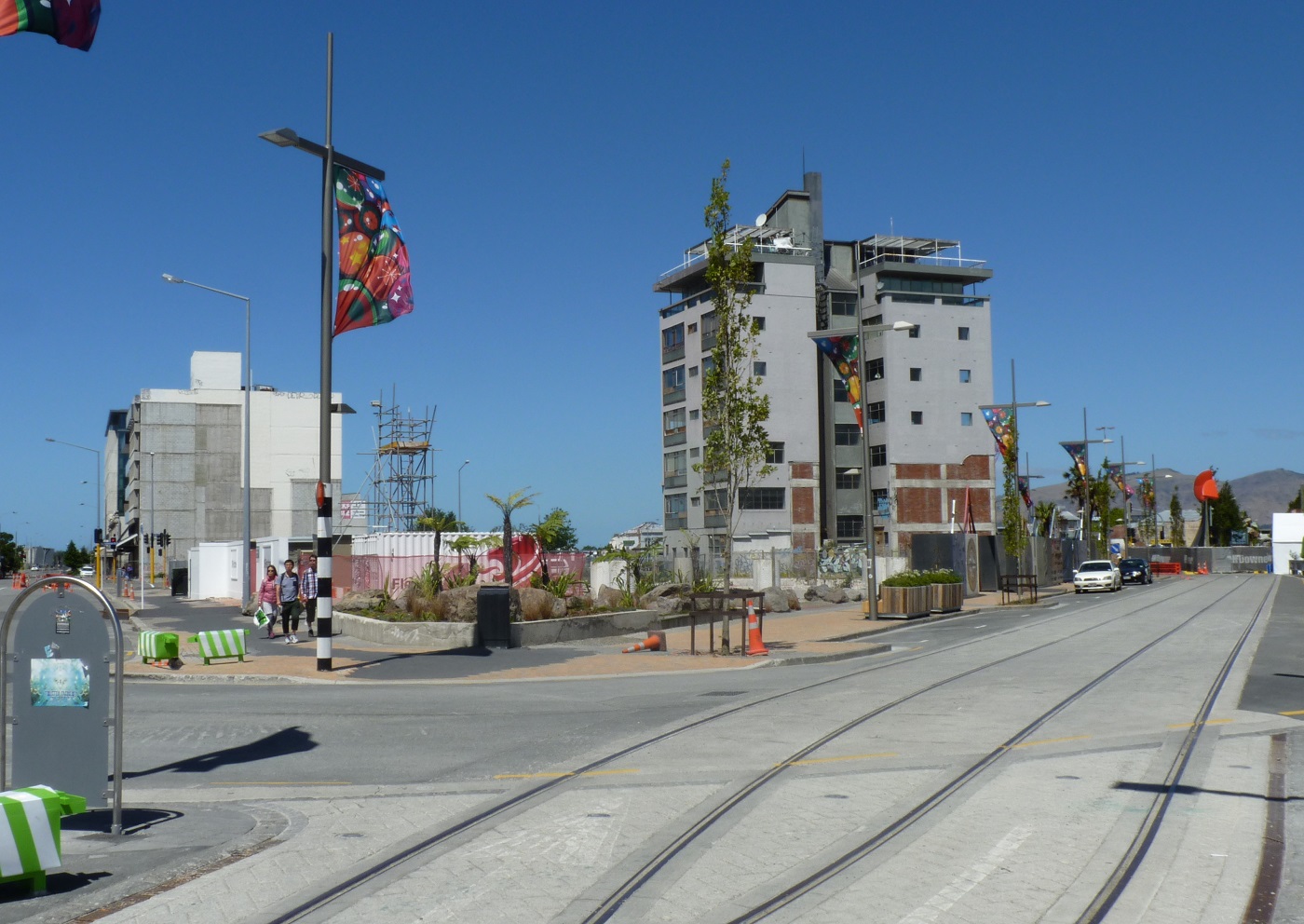 Yeah, not only do you have individual benefits of singular green buildings, but, for example, an opportunity does exist in Christchurch [New Zealand]. I was there in January for a property conference, and it really is a blank slate.

If there ever was a blank slate in a major city of a country like New Zealand, you have that in Christchurch. So Christchurch is a golden opportunity to maybe be able to address some of the criticisms that we get as a country for our branding of “100 percent pure,” which some rightfully feel that we don’t really deserve.

It may be an opportunity to, at scale, at a broad scale across downtown Christchurch, put in place common threads within the buildings that go up in that blank slate, that have green features. And some of them that I would personally suggest are things like green roofs. It’s a bit corny having a green roof, green building but it’s something that the general public can latch onto, they could appreciate.

What I could see at some stage is maybe one of the new buildings having an observation deck high up, and I don’t know if that’s part of the plan, but it would be an amazing thing to be able to look down on the roofs and see the garden city with not only garden and vegetation on the ground, but up on the roof level at the top of all the buildings.

So for example, in Chicago, where I come from, that’s my hometown, the mayor of that city embraced the concept of green roofs. And what the legislation said is if a single dollar goes into any building within Chicago, any new building, it had to have a green roof.

The key benefits of green roofs

So there’s several benefits of green roofs; one is it has superior insulation, so all the medium, the groin medium up at the top of the roof insulates the high temperatures of the sun beating down on the roof.

So in terms of the practicalities of having a common thread in Christchurch, such as putting green roofs on the new buildings that go up there, taking Chicago as an example, it has to be led from the government. It has to be supported from the government. Telling developers that they must just do it is not going to be an effective way forward. There has to be some kind of financial support from New Zealand.

So this is, supports the 100 percent pure New Zealand brand and it shows our commitment to the environment, it could inevitably be an ecotourism hub, rather than just going out and seeing nature in terms of ecotourism. There’s no reason why an urban environment might [not] be a model example, where people will come and see what is possible when you do have a clean slate like we do.

Putting government funds into greening downtown Christchurch makes a lot more sense, in my view, than the small bang for the buck that you might get in, say, hosting the Rugby World Cup or hosting another America’s Cup. This is something that’s long-term, it’s enduring, and will have great benefits for the country.

Written By
editor
More from editor
The following text has been transcribed from the Creative Commons-licensed YouTube video...
Read More